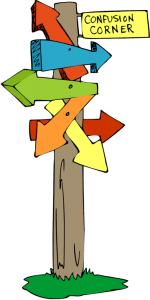 Have you ever carried on a conversation with someone who wouldn’t come out and say what he meant, but instead kept trying to give you just enough information to lead you to a conclusion? Perhaps you guessed at the point he was trying to make only to have him throw his hands up in frustration at your inability to guess where he was heading. As you tried to play along, in your mind you were probably pleading “Please don’t make me try to figure it out … Just come out and say it!”

As a web designer, you should assume that your target audience thinks the same way. When someone visits a web site, most often he or she wants to know exactly how to carry out the intended action without having to guess where he should go next. The user’s ability to carry out his intended action easily and without becoming confused or frustrated is known as web design usability.